Time for a Smile 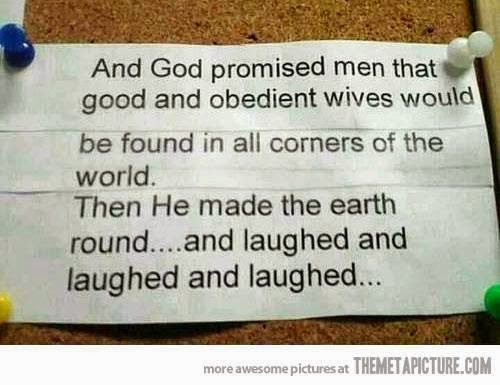 Posted by Melanie Jean Juneau at 19:43 No comments:

Transformed in an Instant into a Mother

When I gave birth to my first baby,

I was re-born as well.
My fears of inadequacy
Instantly swept aside
A surge of motherly love and joy
rose up within my spirit and heart.
A sense of awe
at the miracle of creation overwhelmed us
as we examined tiny, perfectly formed fingers, nails and toes.
We marvelled at his resemblance to us
I was startled by the innate instinct for survival
as my newborn rooted hungrily and nursed

before I even left the delivery room.
Our baby turned his head sharply at the sound of our voices
he recognized our voices!
He focused intensely on my face
he bonded to me  making
sure that I bonded to him.
This entire process of becoming a mother was automatic
I reconized the this was a gift,
Pure and simple.
Posted by Melanie Jean Juneau at 21:28 No comments:

Some cause happiness wherever they go; others whenever they go. -Oscar Wilde 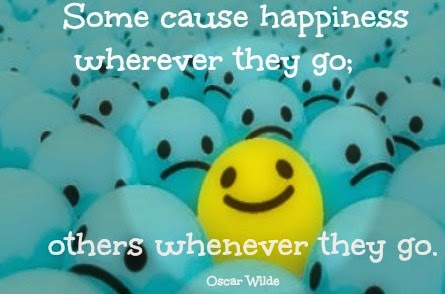 Posted by Melanie Jean Juneau at 16:54 No comments:

The Canadian scientist, David Suzuki , believes that all children need to bond with animals and if they haven’t the chance to connect with real animals then they will turn their attention to stuffed or cartoon animals to try to fulfil that inborn desire. He calls it a “grotesque” substitution. I think there is a lot of truth to Suzuki’s idea. Animals are part of creation and to live as we were intended to live, we need to touch the earth, plants and animals as well as other people to grow into well-adjusted adults.
I developed the opinion  that children have a deep-seated need to relate to animals while watching my own kids interact with our pets and farm animals.  Since I grew up in the city, with ballet lessons, books and only one loving cat, I was as fascinated as my kids with the arrival of tiny balls of fluff called chicks, cute piglets and tiny kittens.We all gathered around  excitedly, not wanting to miss anything.
These artists seem to agree.

William-Adolphe Bouguereau completed in 1889.
Posted by Melanie Jean Juneau at 14:59 No comments:

You Will Laugh Inspite of Yourself

Age is of no importance unless you’re a cheese. – Billie Burke

Never put off until tomorrow what you can do the day after tomorrow. – Mark Twain

Posted by Melanie Jean Juneau at 19:12 No comments:

Email ThisBlogThis!Share to TwitterShare to FacebookShare to Pinterest
Labels: humour

A Cat and Mouse Game

What is a farm without cats to catch  mice?
Once we stared raising animals, which meant storing grain,  I quickly changed my perception of the  little creatures. I no longer cringed at the thought of our cats hunting them down and slaughtering them.

Mice eat grain.
Mice make nests and shred grain bags.
Mice droppings are messy, their urine stinks and no self-respecting farm animal will eat contaminated grain
Almost daily, a couple of field mice would fall into the grain bins. Michael would scoop them up in a pail, call the cats, the dump the bucket. This was the highlight of the day for our cats; there is nothing they enjoy more than having their prey handed to them so they can play with their dinner.
Often the cats left gruesome mice offerings in thanksgiving right on our doorstep, eliciting screams from our little girls. 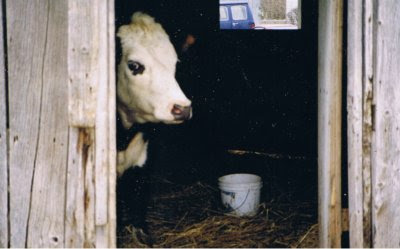 Michael, my husband is a dog sort of man but there was one tom cat we owned who was a real man’s cat.  That old barn cat followed Michael around the barnyard and in and out of the barns almost like a faithful dog.
“Where was our dog”, you ask?
Oh, he was sleeping on the porch with one eye open watching this interloper in action.
Mickey, the tom cat, often perched on the top of a fence post while Michael fed the calf, horse and pigs. One day the curious calf stuck out his thick, rough tongue and licked Mickey so throughly that  the cat was lifted right up into the air, standing up on his back legs. Then Mickey calmly shook off excess saliva and sat back down,  balancing on the narrow post.
My husband’s admiration for the tough old tom cat increased ten fold; he proudly relates this story as an example of a real, man’s sort of cat who was the opposite of the pampered house cats that our little girls lavished affection on.

Posted by Melanie Jean Juneau at 23:47 No comments:

A writing prompt asked about our dreams and nightmares.
At the moment I do not recall any recent nightmares, though a few strange dreams have haunted me for decades. One dream that lingers even in my conscious mind is an image of a city. All the low, square, flat-topped buildings are made out of a yellow/ orange brick without any doors or window. The narrow road between the buildings is paved with the same bricks and there is not a tree, flower, blade of grass and neither are there any people in this scene. It is sunny, warm and silent as I wander up and down the narrow pathways, turning corners and walking slightly uphill but I am completely alone. I am searching for a window, door, person, anything but to no avail.
Try figuring out that scenario.
Deep down I must still long for more interaction, life and contact with nature. Quite odd, given that I lived with nine kids, a husband, a menagerie of animals and in the middle of the country surrounded by gardens, trees, open fields and groves of trees. Most of all I long for a deeper intimacy with God. Just saying these words brings tears to my eyes and an ache in my heart and soul.
Any persistent dreams of your own?

Dreams and nightmares are the window to your core self
Dreams and nightmares are elusive.
Dreams play hide and seek with our rational intellect because they rise up only when our cognitive brain shuts down.
Dreams are one of the languages of the subconscious and our deepest soul but the language is not logical. It is intuitive, creative, and one of the languages of the Spirit, using imagery, symbolism and deep-rooted, strong emotions.
The right brain cannot be understood with our left-brain. We love our left-brained life because we can control and train it with our wills. Our right brain simply laughs at our feeble attempts to rein it in. If we shut out our intuition, creativity and the life of our spirit, it surges up like a volcano at night, when we are sleeping.
Posted by Melanie Jean Juneau at 19:51 2 comments:

Email ThisBlogThis!Share to TwitterShare to FacebookShare to Pinterest
Labels: dreams

Until I grew more confidant, I was often embarrassed by polka-dotted tops and checked pants as my kids ran for the school bus and was tempted to phone the kindergarten teacher , declaring that my children’s independence was more important to me than dressing a fashion plate. Basically I wanted to yell, ” I did not pick out her clothes today!”

Tiny, adorable, clever and independent Claire was  strong-willed, high maintenance and high-strung. My fifth child was a beautiful little package of contradictions who gave me strife and hilarious joy, sometimes at the very same time. Most arguments were about clothes. Although her fashion sense has developed into a wonderful gift now that she is in her mid twenties, at three and four-years old this “gift” was a p

Claire changed her clothes often throughout the day, from the age of two. Watching one of the few videos of our family, one of my older daughters pointed at the screen and laughed,
“Look at Claire. That is the third time she has changed clothes during this video!”
Sure enough, the pip squeak had another outfit on.
Claire was always aware of what she was wearing as well as those around her, which often led to disagreements about what she could and could not wear.

Although she was a mature, articulate, fashion conscious three-year old, I was still concerned that Claire was too young to start four-year old kindergarten. When she stomped into the house after the first morning, ranting about a little girl who had worn a “jean skirt with a matching jean jacket”, I realized that it was the school which was not quite ready for Claire!

Posted by Melanie Jean Juneau at 02:05 No comments:

Oops: Words from a Mum of Nine

Forget about being efficent or productive when you are interacting with tiny children; you will save yourself hours of agitated frustration on your part and angry resistance from your little ones.- melanie jean juneau

Posted by Melanie Jean Juneau at 21:08 No comments:

Raccoons have bullied their way into my summer kitchen ( Well in days gone past it was the summer kitchen. Now it is a combination garden shed, wood shed and thoroughfare WITH NO LESS THAN FOUR DOORS).  They climbed on top of boxes to reach the top of our stand-up freezer and literally demolished all of my youngest daughter's stored dry goods she is collecting for when she sets up house for the new university term. If something was in their way and not edible, they tossed it down.
.
I scrubbed their muddy footprints, swept, vacuumed, picked up broken glass and hide the garbage can on the landing, behind a door, in the cellar because I was airing out the basement with all the windows and one door open. Well , last night they were back, undeterred. I heard a banging and weren't those masked bandits in the cellar, up the staircase and scrabbling under the door, tearing at the garbage bag. Then they had the nerve to push and shove against me on the other side of the door till I banged on the wood and frightened them.
.
Raccoons might look adorable but they are deceptive, sneaky marauders intent on wrecking havoc.
Because we operated a small family farm with livestock as well as sprawling gardens, raccoons were and still are the bane of our existence. This phrase is probably a cliché but I simply cannot force myself to change the wording; it describes these pests perfectly. Their exploits are so extraordinary, that a city dweller might think I am exaggerating. However, every word is the unvarnished truth.
.
An abbreviated mischief list:

“It’s a bear. There’s a huge bear in the hay barn coming after me!”

The electrical crew, who had arrived in a long cherry picker, argued whether they really wanted to go up and rescue the remaining two raccoons.

They turned to me and stated,

“Tell you what. We’ll turn your power on and just come back tomorrow after they blow the transformer again.”

David, my son, decided to simply open his upstairs bedroom window, aim carefully and take the raccoons out of their misery. The power stayed on.
The only good thing I can say about raccoons is that they did clean our property as they scoured the yard every night for any tidbits of food dropped by our kids.

Posted by Melanie Jean Juneau at 20:09 No comments: